A Reconnection to Remember

When Matt Dydo and Colette Powers learned that their second child, Harry, would be born with Down syndrome, they were faced with fear and uncertainty. Nearly 21 years later, Harry is an accomplished athlete and scholar who continually inspires his community – but it didn’t come without struggle. 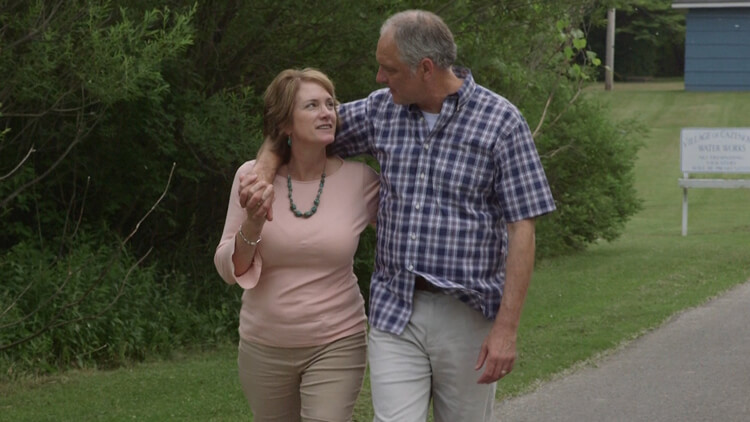 “He’s social and innocent and beautiful, but there’s so much behind the scenes that people don’t know about,” Matt says. Even the smallest tasks – walking, riding the bus, or going to the supermarket – presented major roadblocks for Harry and his parents.

In addition to managing difficult life transitions and daily complications, Matt and Colette regularly battle painful thoughts. These emotions often lead parents of children with special needs to believe that they are not worthy of a service like David’s Refuge.

“You become paranoid and insecure,” Matt says. “The worry … you never thought your kids would be on the special needs bus. Then, he gets to school and he’s not toilet trained. You put on the big smile, the armor.”

Colette describes her drive to protect Harry as a “fierce force,” but often feels a sense of guilt for her other two children. “I can’t put it all into Harry and sometimes I feel horrible.”

Fortunately, David’s Refuge was mentioned to Matt in passing. In a last-minute decision to sneak away for a day, the couple shared dinner at the Sherwood Inn in Skaneateles, New York. As Matt and Colette began reviewing their lives and their son’s future, the conversations – and emotions – began to flow. 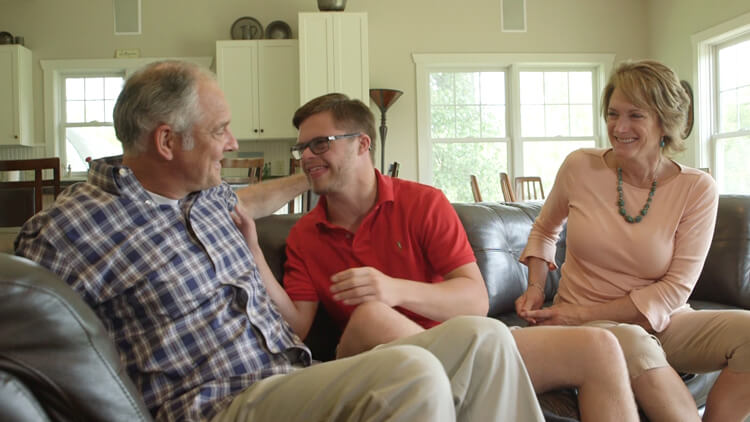 “I’ll totally be honest, we argued … and everything started to come out. That was part of the re-connection,” says Matt. Before David’s Refuge, their day-to-day conversations mostly involved scheduling and logistics. The weekend retreat inspired a “mindfulness” about their relationship that they hadn’t experienced in years.

Despite only spending a small amount of time with David’s Refuge, Matt and Colette’s lives were changed forever.

“It is okay to take care of yourself. It’s an overnight, it’s lunch, it’s dinner – but mostly it’s being mindful,” Colette says. In addition to the necessary one-on-one time, connecting with other parents over breakfast had a powerful, unspoken impact. “Nothing has to be said. They all understand. You just know.” 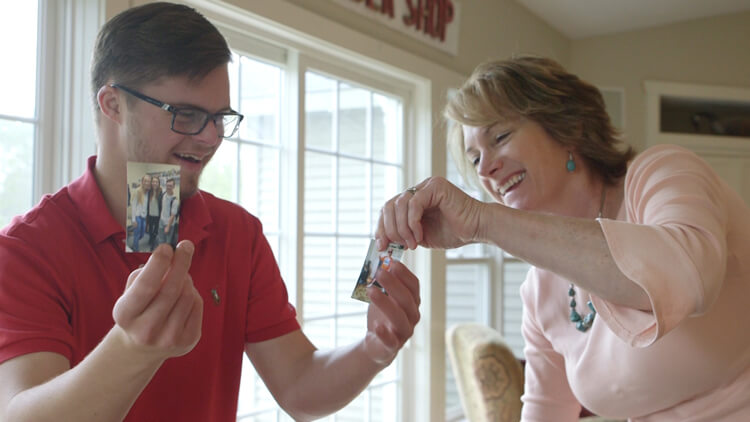 The three pillars of David’s Refuge – you are not alone, what you do matters, and God loves you – are what fuel Matt and Colette’s motivation to push forward.

“Every one of those points makes me cry,” says Matt. “They all matter.”